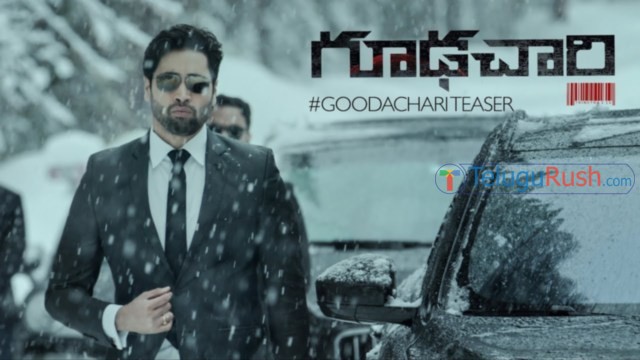 In 1995, Satya (Prakash Raj) was involved in a secret operation which leads to the death of his colleague and brother-in-law. Satya raises his son Gopi alias Arjun (Adivi Sesh). Gopi wants to follow the footsteps of his father and join RAW to serve the country. After several attempts, Gopi gets recruited by Trinetra (RAW agency). The agency starts training him along with other new recruits. He falls in love with Sameera (Sobhita Dhulipala). Trinetra sends a team to hunt down a terrorist group which killed Arjun’s father 20 years ago. After unexpected turn of events, Arjun becomes the most wanted for RAW and Trinetra comes under a threat. Arjun has to prove his innocence and protect Trinetra. What happens next forms the rest of the story.

Goodachari starts on a promising note as a spy thriller but it narrows down to an investigative thriller. The influences of ‘Kshanam’ are visible throughout the writing. The first half is decent with gripping narration and stylish execution. The interval episode elevates the film to a whole new level. There is suspense and many twists in the second half of the film. The climax is satisfactory and leaves its mark. There are some plot holes but it is difficult to discuss them without giving away spoilers.

Adivi Sesh is convincing as a spy. He impresses with his performance in emotional scenes. Sobhita Dhulipala doesn’t have much scope in the film. She is good in her role. Supriya returns to silver screen after a hiatus and she leaves her mark in an intense role. Prakash Raj as usual impresses with his role.

Goodachari is a brilliant film on technical front. Given the small budget, the team has come up with great visuals and phenomenal background score. The editing is slick and the production values are impressive. The screenplay is gripping throughout the film. The VFX work is not comparable to high budget films but is not awkward or out of place.